Located around Les Dentelles de Montmirail, the vineyards of Gigondas, Beaumes-de-Venise and Vacqueyras will take your breath away! Hills, vines, olive trees, and remote picturesque villages: you won't be allowed to forget your camera on that day. On top of offering beautiful landscapes, these three "crus" have nothing to envy any other and have their own character. This region produces fantastic deep-coloured red wines, fine and elegant whites, as well as deliciously refreshing and fruity rosés. The natural sweet wine "Muscat de Beaumes-de-Venise" can't be missed out as it has been grown in this area since the 1st century AD. Don't worry you won't be missing a drop of it!

Some facts and figures about Beaumes-de-Venise

The first muscat grapes were planted by the Greeks in 600 BC who settled in the region. Pliny the Old (23-79 AD) mentioned in his "Natural History" the existence of the muscat grape that had been cultivated for long in Beaumes-de-Venise and gave a remarquable wine. In 1248 Saint Louis took some with him during one of his cruisades. And in 1309 Clément V, first pope in Avignon to be supplied with muscat, helped to develop the production as all the popes after him were to follow his example. Needless to say that the existence of muscat and wine in the Beaumes area is deep-rooted in its history. However the natural sweet wine of Beaumes-de-Venise had to wait until 1943 to be granted the status of cru, the reds (no whites) were to reach that rank years later: in 2005. The appellation of Beaumes-de Venise is located at the foot of the Dentelles de Montmirail mountains and it is composed of three different types of terroir: gypsum mottled marl (clay and limestone combination), gravel and silt  - with sand and safres below, limestone scree and river rocks. The varieties allowed are grenache (50% of planted vines) syrah (25%), and secondary varieties such as cinsault, carignan and counoise as well as white grape varieties which are allowed to reach up to 10% of the final blending. The yield is low and controlled and cannot exceed 38hl per hectare. Harvesting is exclusively hand-picked. Chemical weeding is forbidden as well as specific anti-botrytis treatments, enrichment methods and thermo flash winemaking. There are about 100 producers for a production surface area of 629 hectares, which makes it a rather small appellation. The terroir includes the villages of Beaumes-de-Venise, Lafare, La Roque-Alric and Suzette. The AOP produces deep coloured, elegant and fruity red wines with black and red berries aromas together with peppery notes. As for the muscat AOP composed of a 100% muscat petit grain variety, you are more likely to find it in white and rosé although some old red plants have survived and constitute a very rare nectar. The yearly production is 12 000 hectolitres with a surface of 500 hectares and a yield not exceeding 30 hectolitres per hectare. They offer a rich and powerful nose with rose, mango, lychee, peach, apricot, honey notes. Although sweet, the muscat from Beaumes-de-Venise is very well balanced and dominated by freshness. 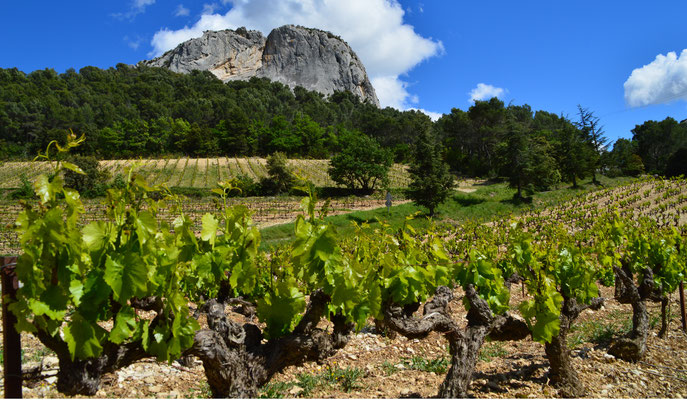 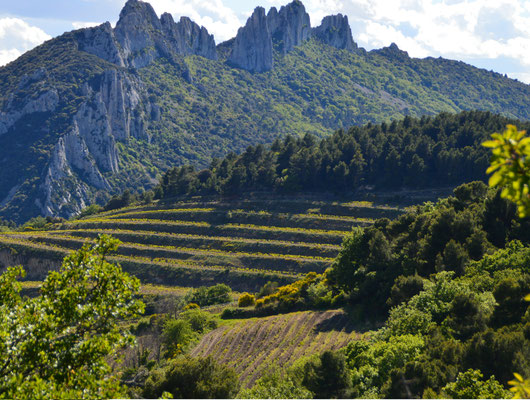